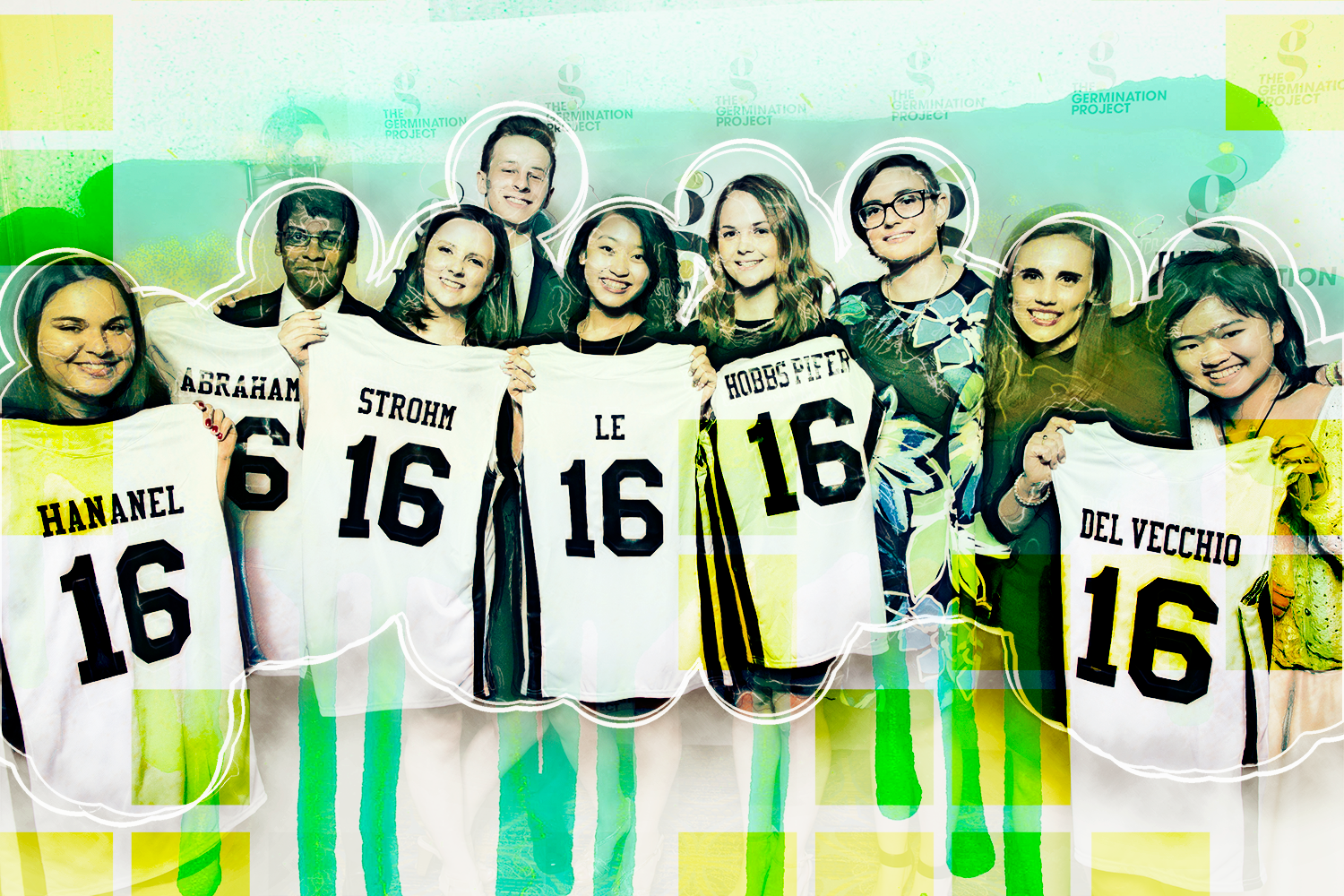 On Thursday, September 20th The Germination Project announced its fourth class of Germination Fellows and presented the Icon Award to Richard Vague at the 4th Annual Draft Day Gala.

For the fourth year, The Germination Project enlisted the region’s leaders to celebrate our most gifted and talented young men and women who are granted a lifetime fellowship of service and training to benefit the region. Over 400 guests attended to celebrate the induction of eighteen of the best and brightest high-schoolers from the region in an NBA-style draft. Draft picks were announced by local influence makers, with Philadelphia Eagles broadcaster and former Eagles wide receiver Mike Quick serving as Draft Commissioner.

The Icon Award was presented to Richard Vague for his endowment of Penn Medicine’s Immunotherapy professorship held by Dr. Carl June. The Gala celebrated the immunotherapy revolution and the other groundbreaking and pioneering medical innovation happening at Penn Medicine.

Attendees enjoyed the premiere of Philadelphia 20/40 video that detailed Germination Project’s vision for Philadelphia to be among the 40 cities who will lead the global economy by 2045.